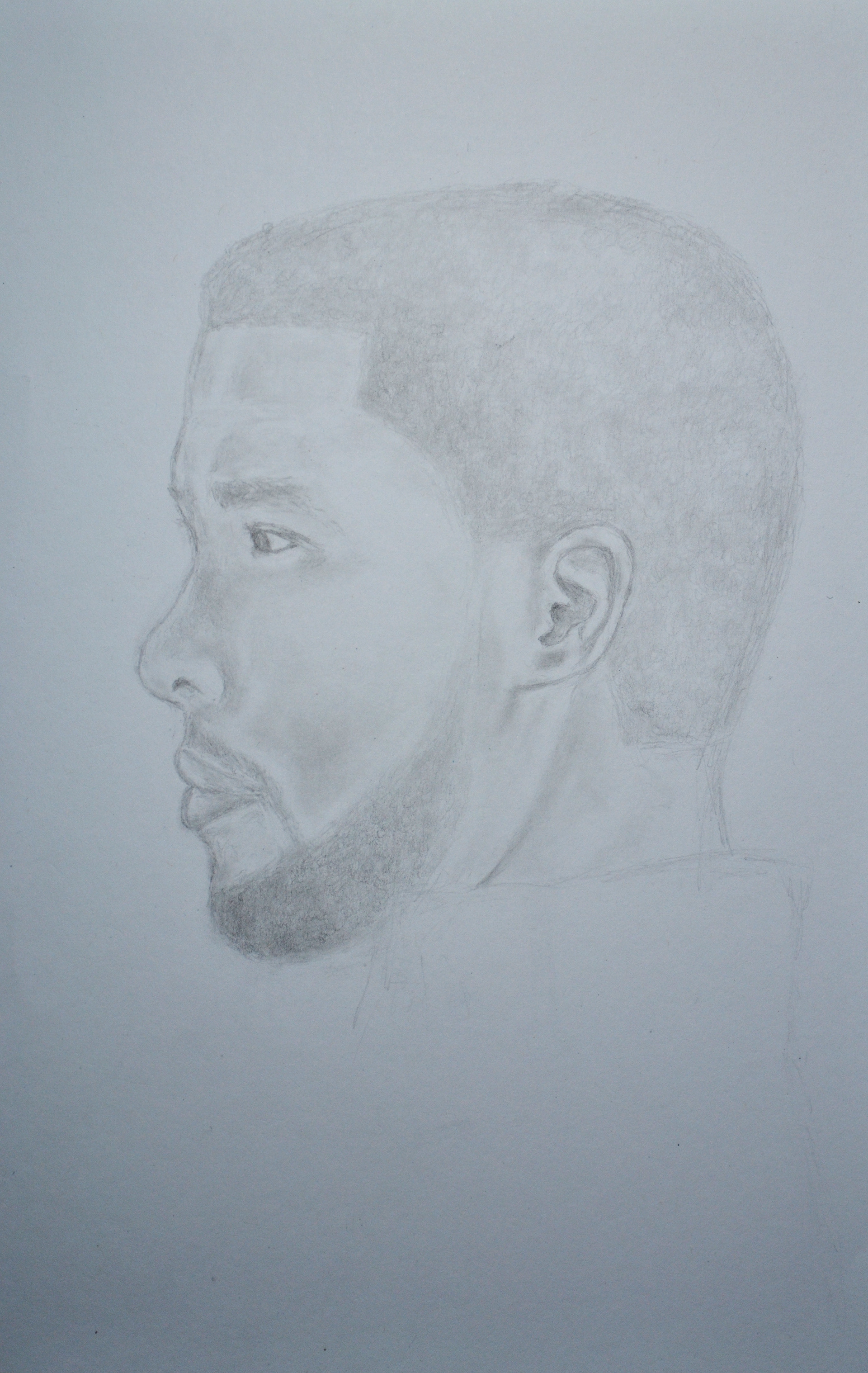 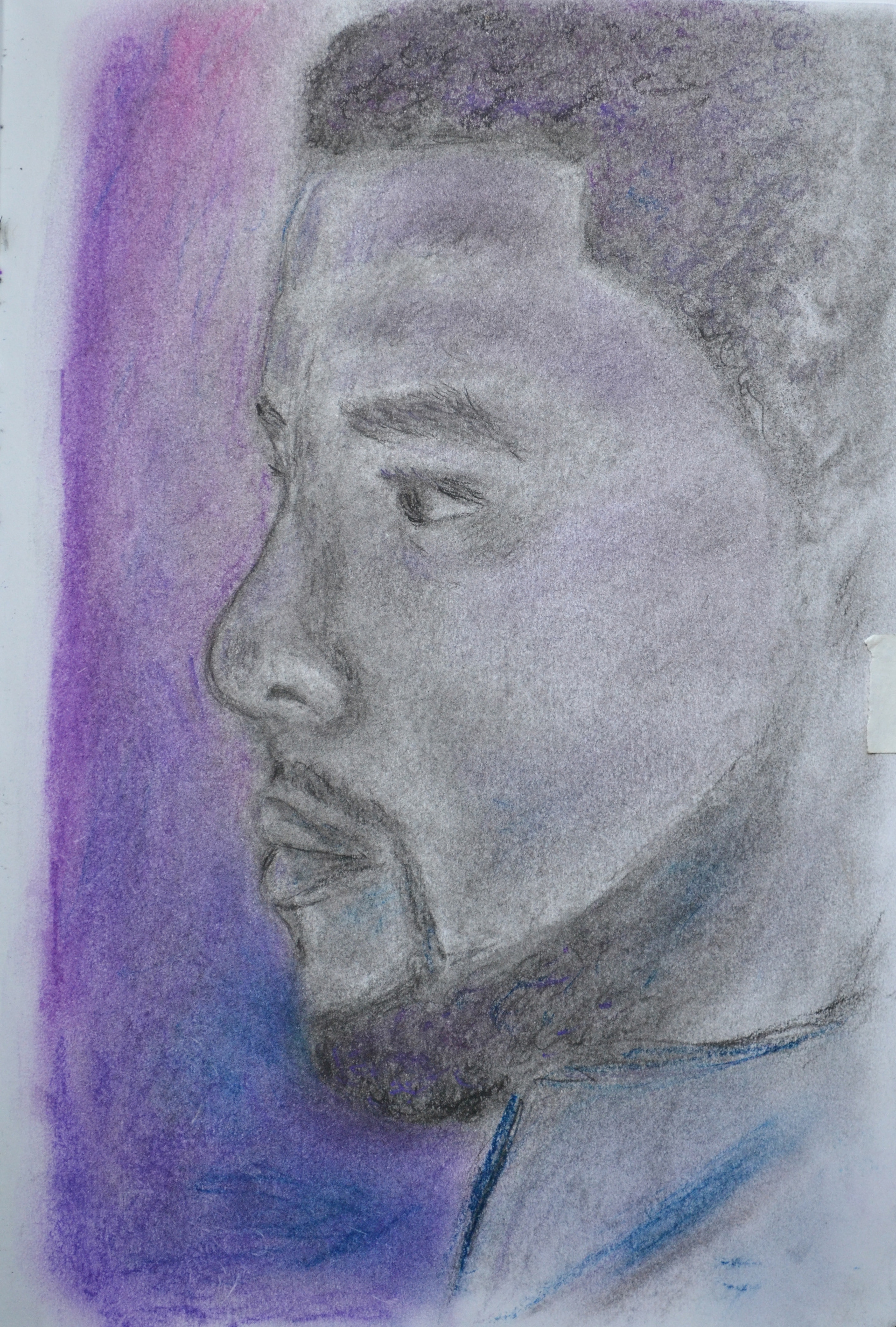 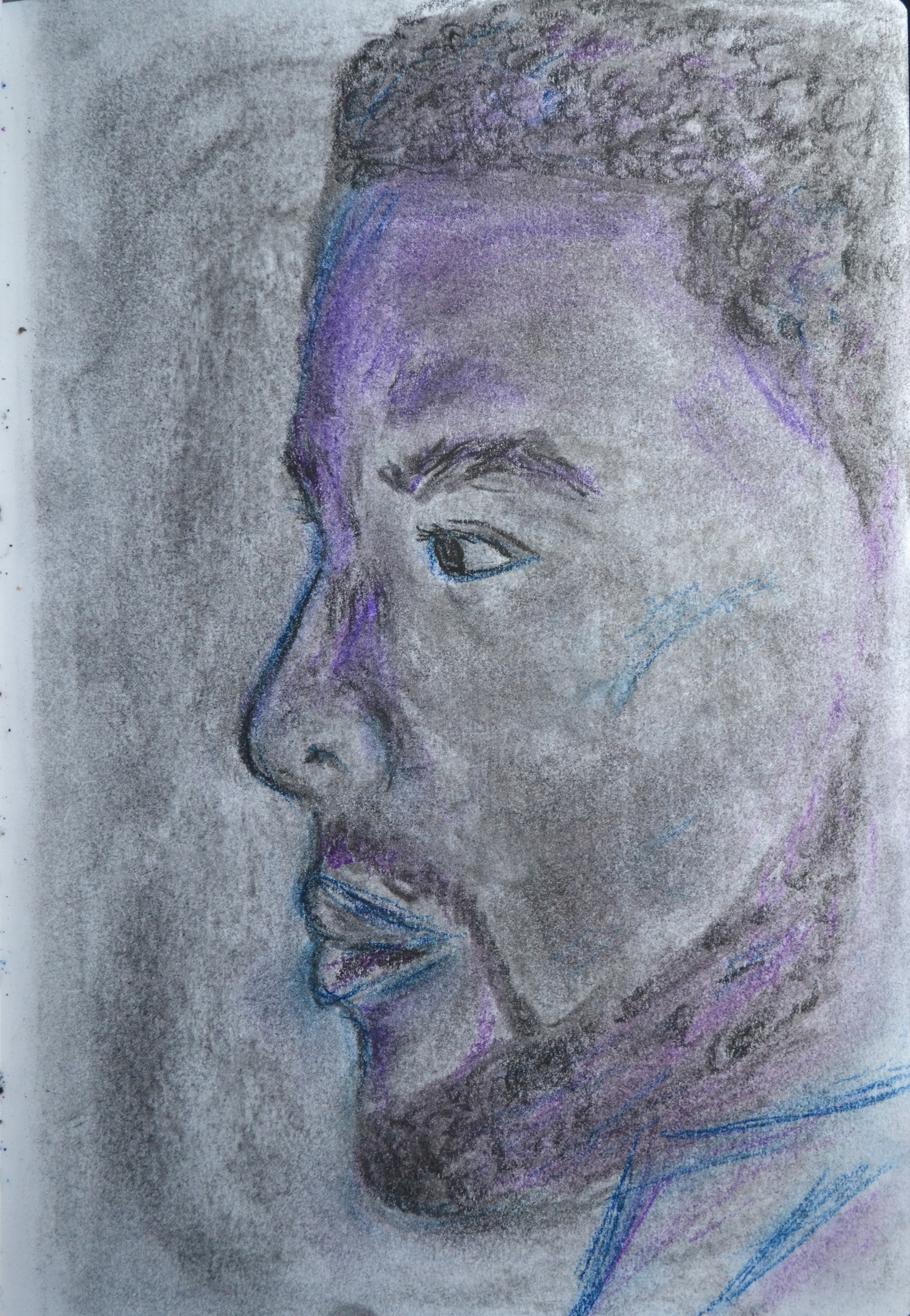 The image on the left is a graphite sketch, the one in the middle is a color sketch, and the illustration on the right is the final version of an editorial illustration for the movie Black Panther. In the final image, I continued to incorporate the blues and purples that were prevalent in the movie. However, I took the color out of the background and made harsher and starker lines in order to make the image more striking. This more effectively shows T'Challa's powerful and warrior side, rather than just his calm and empathetic side. The color illustrations were made with charcoal and hard pastel.
↑Back to Top